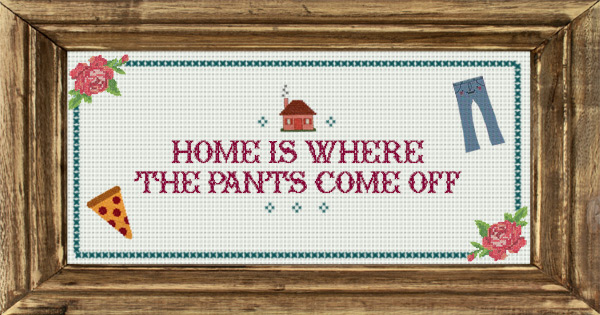 Question: On a scale of 1 to 10, how much do you love wearing a suit? Or a pair of pointy shoes? How about super tight pants?

That’s because according to our research,* once the average American gets home from work, it takes less than 9 minutes to start undressing and around 15 minutes before all their clothes come off and they change into something more comfortable. 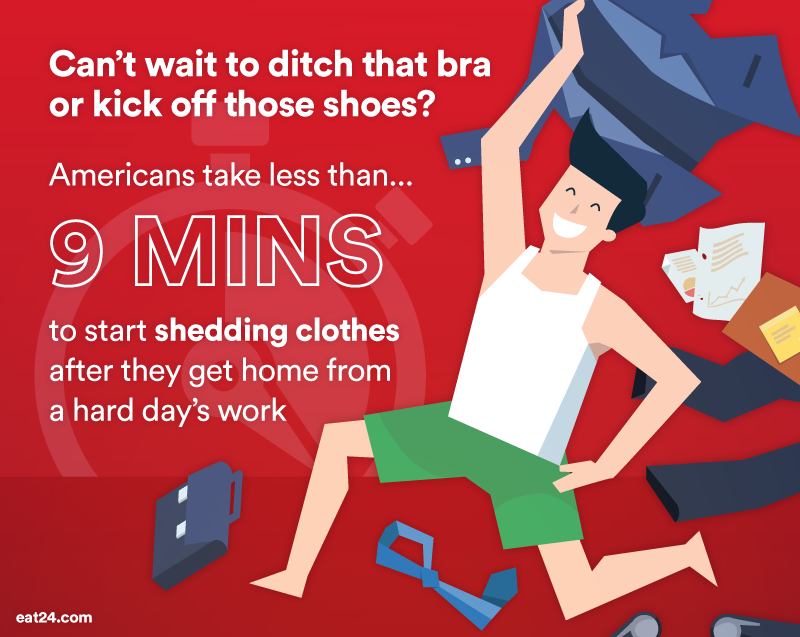 We’re talking sweatpants, pajamas, blankets (yes, blankets are 100% a type of clothing), or a pair of fuzzy slippers. Sweatpants were actually the #1 go-to clothing, with nearly 51% saying it’s their favorite post-work choice (words across the butt optional). 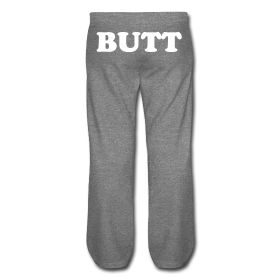 But the truth is, people start thinking about their adult onesies long before they get home. In fact, people told us they start fantasizing about leaving work to go home and get comfy around 2pm. Which can mean only one thing: most of our customers start work around 1:59. 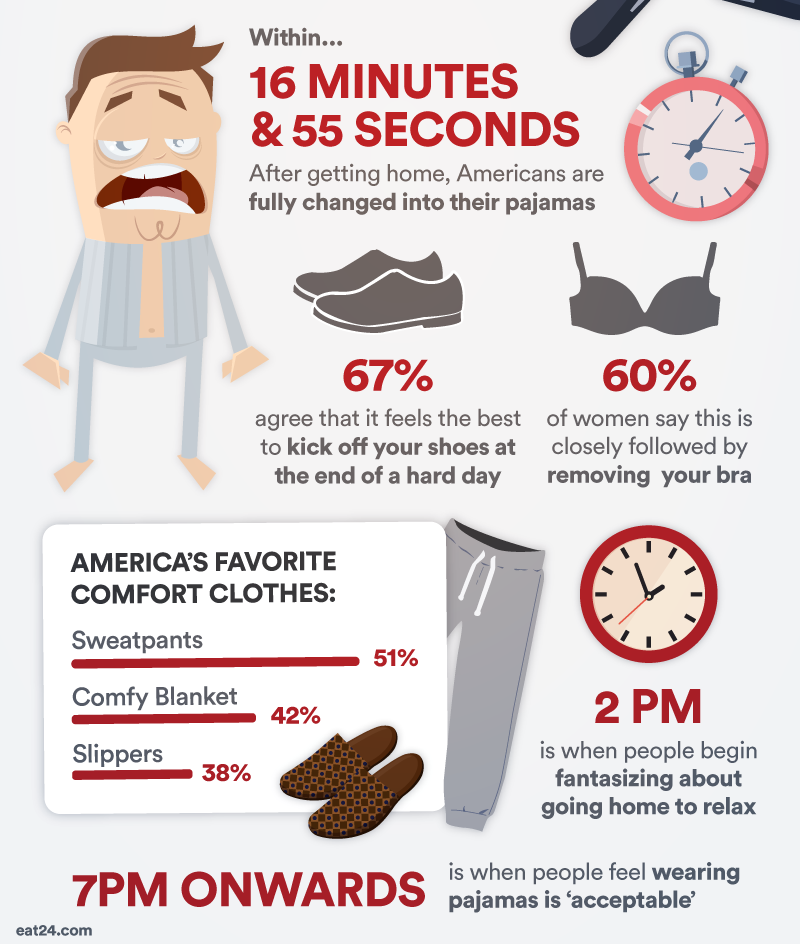 Obviously we 100% support all of this. We are the #NoPants Nation (alternatively, the Sweatpants Nation) and we believe in life, liberty, the pursuit of comfort, and the fact that FOMO is B.S. and POMO is the only way to live your life. We also believe in couches and pillows and evenings filled with dumplings and Broccoli Beef and chow mein and egg drop soup and…wait, what were we talking about? Oh yeah, being comfortable. 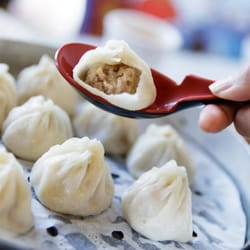 The thing is, our survey also found that around 25% of people have opened the door for a delivery person while partially clothed. This obviously means 1) eating (semi) naked is fun 2) someone should open a restaurant where the dress code is Pajama Casual and 3) there have to be some pretty embarrassing stories out there about opening the front door while…excessively comfortable. 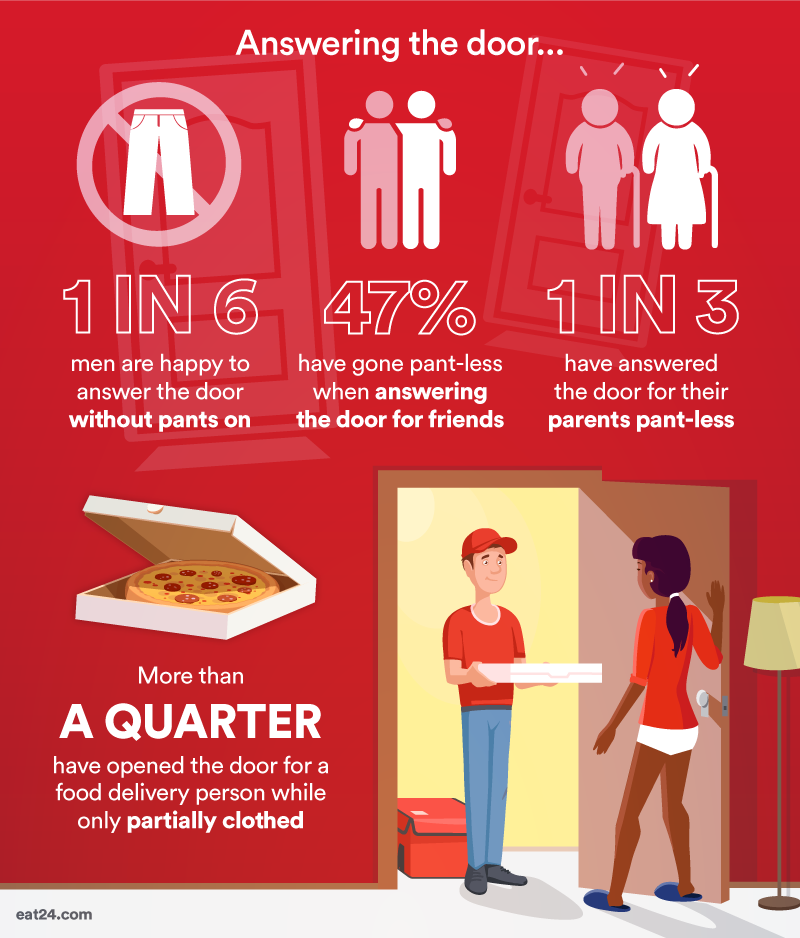 What we’re saying is: our survey respondents told us some pretty amazing/mortifying stories and now Eat24 is proud to present… 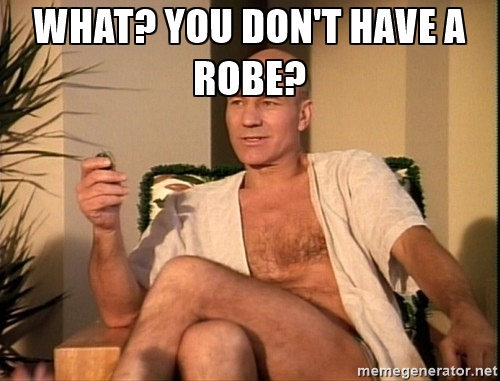 I was only wearing a robe when I heard a knock at the door. I was expecting a package and assumed the driver would just leave it on the porch. Well, when I opened the door the UPS guy was still there and he needed me to sign for it. I reached out to get the weird fake plastic pen from him and I’m still not sure exactly how it happened, but my robe fell off. 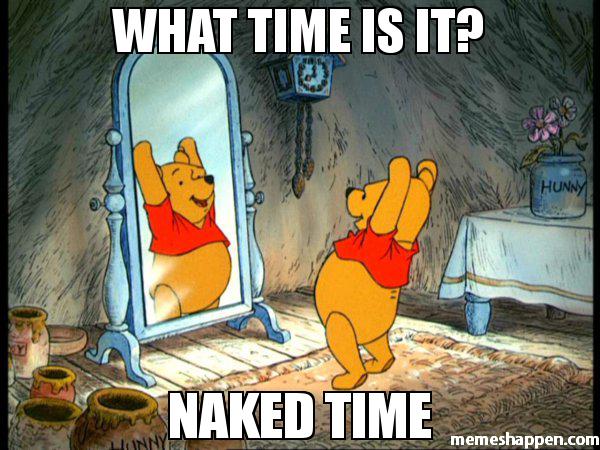 My husband was on the way home from work so I put on a sexy outfit to greet him. When someone knocked at the door, I answered it thinking my husband forgot his key. Turns out he’d ordered Thai food for us as a surprise and it was the delivery guy at the door! 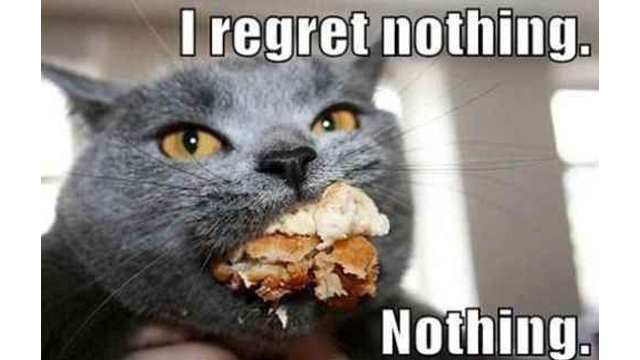 I was 8 months pregnant and in my PJs when I went out front with one of my dogs. While he was doing his business the door ended up getting shut behind me. Of course it was locked. I started banging on the door and thinking what to do. I also had to pee badly. After a few minutes I started crying (stupid pregnancy hormones) and one of my neighbors saw me and ended up calling an ambulance because he thought I was in labor! 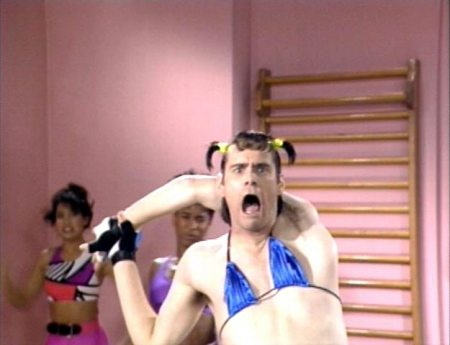 My wife was cutting her own hair and she had it in two ponytails. After she cut them off I thought it would be funny to tape them to my head (I’m bald). I sorta looked like Jim Carrey on In Living Color when he was the female body builder. As we were joking around about it the doorbell rang. I opened it and it was the delivery guy. I thought it was all very funny, but he seemed weirded out.

And that concludes today’s story corner. So remember: being at home is awesome and so is being comfortable. And hey, if you accidentally open the door in a defective robe or with someone else’s hair taped to your head, at least you did it while comfortable. But, you know, try to be careful.

2 thoughts on “First Thing Americans Do After Work? Get Naked.”