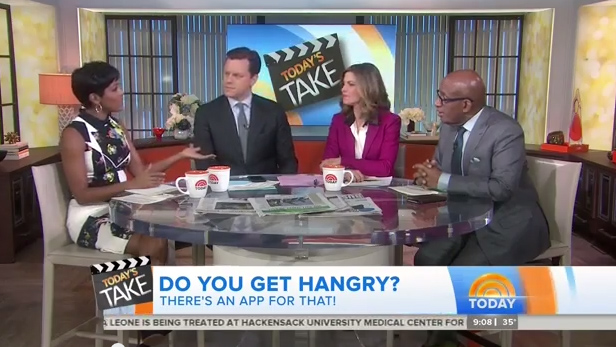 Quick question: Is there a greeting card for ‘Sorry we showed everyone your phone number on national TV and now you’re getting a whole lotta phone calls, texts, and voicemails’? There isn’t? Damn. We only ask because our new HANGRY app was on The TODAY Show this morning and there was a minor incident.

The good part was that Natalie Morales, Willie Geist, Al Roker, and Tamron Hall were totally talking about our new app. They even placed an order live on the air, proving how easy it is to kick hunger in the face. It was awesome… until there was a disaster and our app showed everyone Tamron Hall’s phone number on live TV. Oops.

Someone even called during the show to let Tamron know that everyone saw her phone number. Concerned citizens for the win!

Luckily, it was only Tamron’s Bat Phone so no real harm was done. Phew! Anyway, we’re pretty sure everyone learned some very important lessons. First, you should definitely download the HANGRY app. Duh. And second, it’s probably a good idea to invest in a Bat Phone. Just in case.