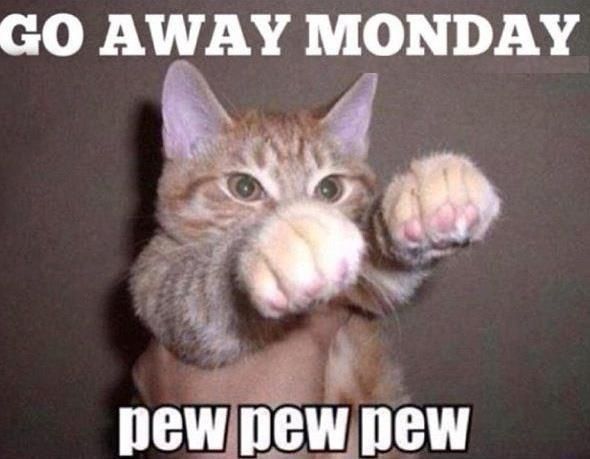 Here at Yelp Eat24 we like to party, and by party we obviously mean blasting Darude’s “Sandstorm”, ordering a thousand dumplings, and seeing who can do the most root beer keg stands. We also have an affinity for .gifs. Put those two together and BAM, .gif party.

Anyway, that’s enough introduction. The point is, Monday is the worst, but it’s almost over. To celebrate, please enjoy our Monday .Gif Party!

What’s a Gif Party without a soundtrack? Press play and get to scrollin’.

You laugh now, but you know you’ll be the victim of an awkward high hug.

You could have 3 super bowl rings, an olympic gold medal, and a Nobel Peace prize, but if you can’t do this we’re still not impressed.

If you look closely, you can see the exact moment when his pride is broken.

Sliding into DM’s and hearts at the age of 6.

Well, there was an attempt. We’ll give him that.

THE END. See you next week!