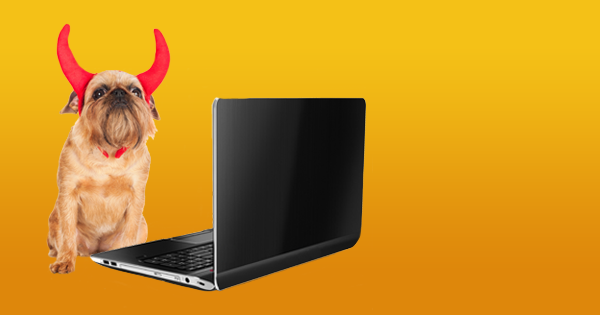 A few weeks ago we asked around for some help writing an email. Dave from Accounting was busy working on his next project (An “epic” prog-rock album about The Milky Way told in calculator solos), the cat who sometimes writes our blog postswas 6 hours into a pretty great nap, and we were too busy trying to create a hybrid taco-burger. So we reached out to a friend who emailed us a while back.

The email turned out great and people seemed to really enjoy meeting the person (dog?) behind the silly email. However, unbeknownst to us, but knownst to the Daemon, the email included a secret section that asked people to write in with a question for the Mailer Daemon. Cool right?

This was a mistake.

At precisely 9:05AM on Friday, we had 1,143 emails from people with important questions for the Mailer Daemon.

A breakdown of the most common question asked the Daemon looks a lot like this:

And some were just awesomely strange (and full of emojis). 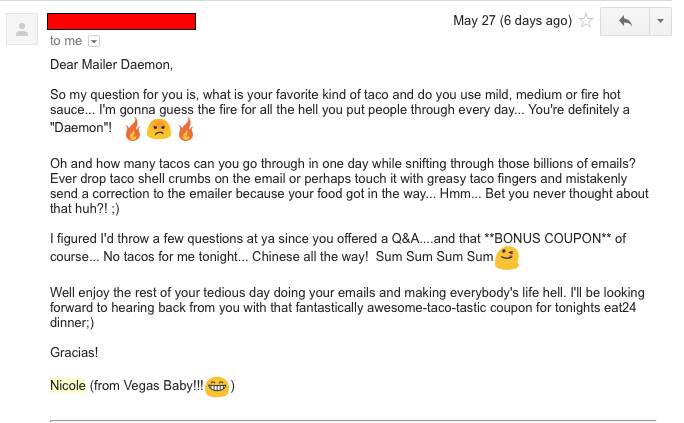 We were loving it and high-fiving so hard we had to start wearing gloves. Then around noon, something happened. 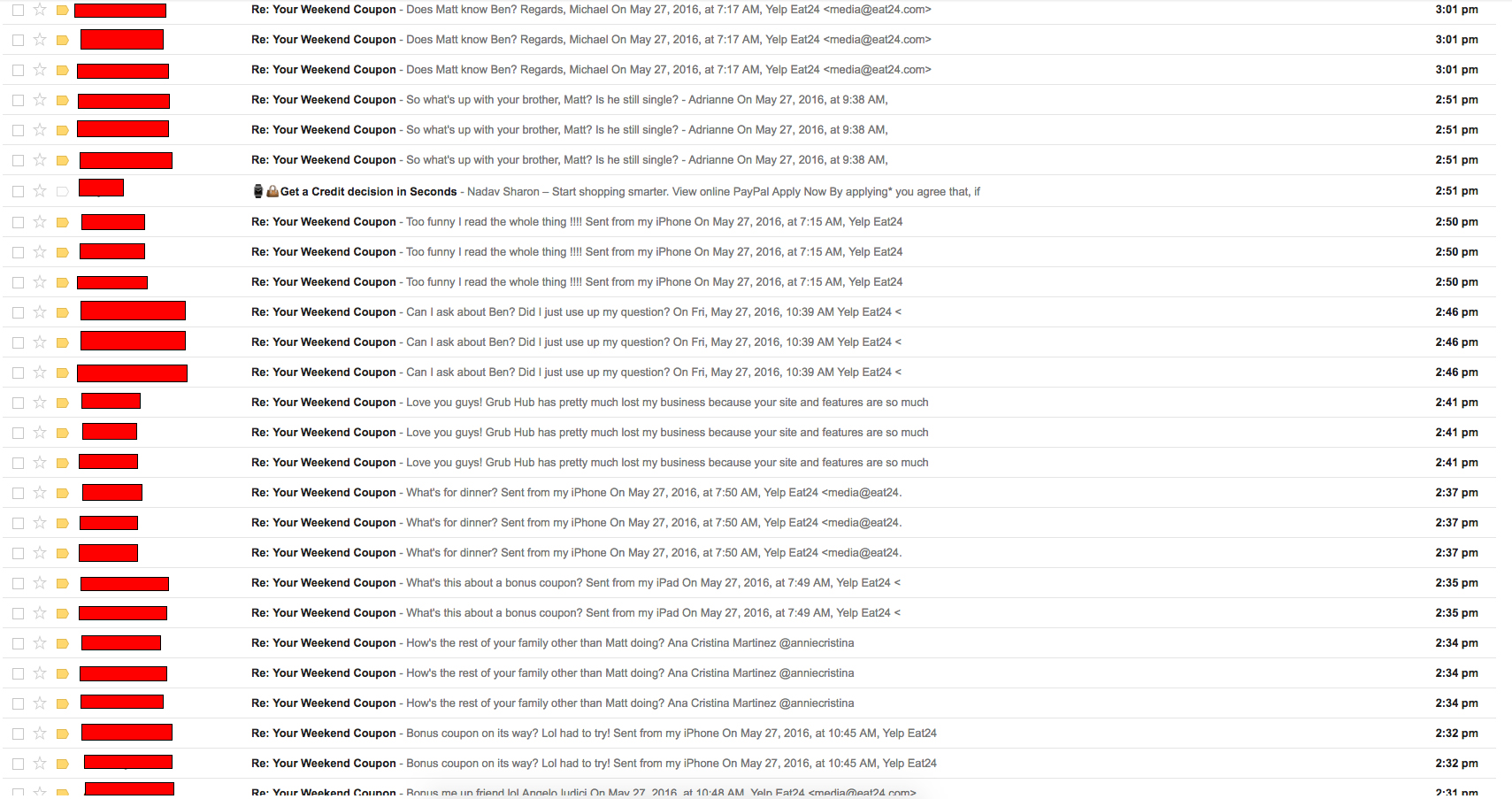 Obviously we had angered the Mailer Daemon and he was messing with our email servers. Luckily, we were able to subdue the Daemon by sending a bunch of melting cheese .gifs. To his inbox.

Once the Daemon was satiated, a few more questions come trickling in. And by a few, we mean another 643.

Slowly, our inbox returned to normal with only 12% of all emails asking us about tacos and or burgers. The Mailer Daemon, pet and fed, was at rest, content for now. That being said, if you have another burning question (cheese or non-cheese related), ask us on Twitter or Instagram @Eat24.