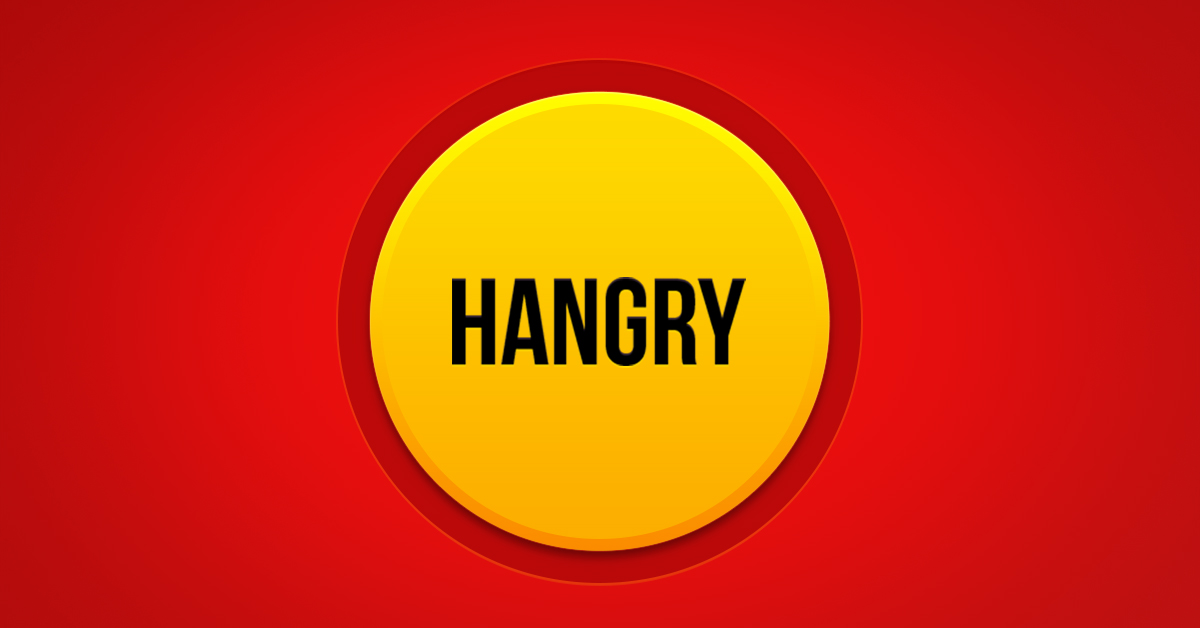 We ran some reports and we’ve got bad news: Our database has detected that you’re boring. Hang on! Don’t get upset. It’s just that you always order the same thing (Chow mein on Fridays and tacos on Tuesdays) like, literally every week.

Don’t get us wrong, we love chow mein and tacos. It’s just that there’s so much else out there. We know, we know… you don’t have time to scroll through a zillion menus to find new stuff to eat. What you NEED is an app that cuts the BS and tells hunger to STFU.

*Actually you must be 18 or older to use EAT24 or the HANGRY app, because laws.

The HANGRY app helps you order food and try new things without wasting time. Just tell the app how many people you’re trying to feed, what type of cuisine you’re in the mood for (if you’re really feeling wild you can click “Surprise Me!”), and then click the Hangry button. The app then creates a random order for you using one of those fancy algorithm things. Basically, it’s like hitting Shuffle on a giant playlist but instead of a Bon Jovi song, you get the Aloha Pizza Special with extra Aloha.

If you’re not feeling the food HANGRY chooses, no big deal. Just swipe and the app will create a new order. Once you’re happy with it, click Checkout and pay with your credit card. That’s it. Food to your door, ready to be Instagrammed and enjoyed, just like with EAT24.

Now, back to the database calling you boring thing… Please don’t be mad. It’s actually all our fault. It’s because we gave you the Re-Order Button aka the “Shut Up And Give Me That Thing I Ordered Last Time” Button. Our bad.

We made it way too easy to re-order your favorites, so you got stuck in an endless loop of Chow Mein and Tacos. But, again (we can’t emphasize this enough): there’s nothing wrong with loving Chow Mein or Tacos. You can still eat those things, just throw in some Chimichurri Fries every once in a while.

So now you have no excuse to be boring. Plus, everyone knows you’re awesome, as evidenced by the fact that you give amazing high fives and are a member of No Pants Nation. Good job, by the way. Now get out there and embrace the fact that we live in a world filled with Chicken Tikka Masala Pizza, Deep Fried Sushi, and Chipotle Mayo Cheeseburgers. Show that database you know how to party! We know you can do it!

Get the HANGRY App

(iPhone only for now. We asked the devs what it would take for an Android version and they said, “Go back in time and put more hours in a day.”)

Oh, hey 🙂 Still here? Were you looking for a coupon? You found it! Just enter this code at checkout on the EAT24 app or EAT24.com to save a little green* on your next order.