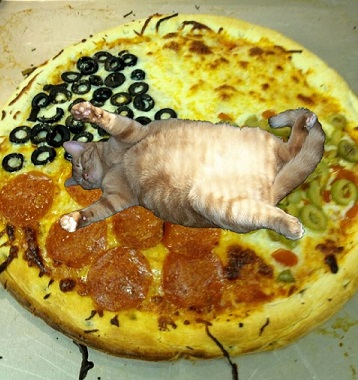 Did you miss us?

Hi, it’s Eat24. If you’re reading this email, you should probably run out and buy a lottery ticket because you’re one lucky taco lover! For the last two weeks, our email provider decided to send our VIP Email to just ten percent of you (you’d think they were the ones paying for all the coupons). This sucks for two reasons: 1. Lots of people didn’t get our weekly coupon and were forced to touch a stove, or even worse, go outside and interact with people. 2. We had two weeks of AMAZING email content (like, seriously the funniest $#*% we’ve ever written before 4:20 PM), and a lot of you missed it.

This weekend, stick it to the man (the Email Man) and roll out the red carpet to your inbox. Get delivery. Say Yes to French Toast Sandwiches, and No to changing out of your Ninja Turtle pajamas when you enter this code at checkout.

Coupon codes expire but our love for you goes on and on. Need a coupon? Just ask us on Facebook or Twitter and we’ll hook you up.

Want another coupon? You got it! We have a super secret shiny new feature on the site. Find it and tell us about it on Facebook or Twitter with #Party and we’ll give you a coupon to try it out. Hint: menu page, desktop only 😉

You’re the tubes to our Internet.

*Are you reading this? Can you hear us? Let’s try this out. HEEEELLLLLLOOOO BEAUTIFUL! Nothing? Hmmm. Since you’re probably not even reading this because this email is stuck in some horrible traffic jam on the Internet superhighway, we’re going to take this opportunity to state some facts that THE MAN has previously held back from you. First, dinosaurs aren’t extinct. They all live at Eat24 HQ where we feed them gyros, because dinosaurs’ favorite food is Greek (it was just invented 145 million years too late). Also, The Beatles were so popular because when played backwards, all of their songs reference their favorite treats. Octopus’s Garden, Strawberry Fields, Mean Mr. Mustard, hello!? Finally, are you sitting down? Pants were invented by zombies in an attempt to get us to go outside so they can eat us (if you think about it, pants are kind of like tortillas for legs). Now before you start burning your pants with old Beatles records, let’s get to this Fine Print: You have to be an Eat24 member to use this $2 code (but signing up is easier than clearing out your spam folder). Coupons can only be used at restaurants that accept coupon codes (but relax, there’s over 25,000 nationwide, so just go ahead and Reply All until everyone you know has a coupon to make sushi magically appear at their door (eventually Kevin Bacon, because Science). Also, don’t just order a 1MB attachment worth of food. You must complete an order of $10 or more and pay with Credit Card or PayPal to use our fully automated coupon. And finally, the code can only be used once, and will expire on Sunday, October 13th at midnight PST. Now while we look into a better way to bring you our Weekly VIP Coupon (Tacocopters? Burgercanons? Sandwichsegways?) get delivery, relax, and as always, take off those damn pants! Oh and BTW, if you really want to see those emails that you missed, we post them every week right here on our blog.