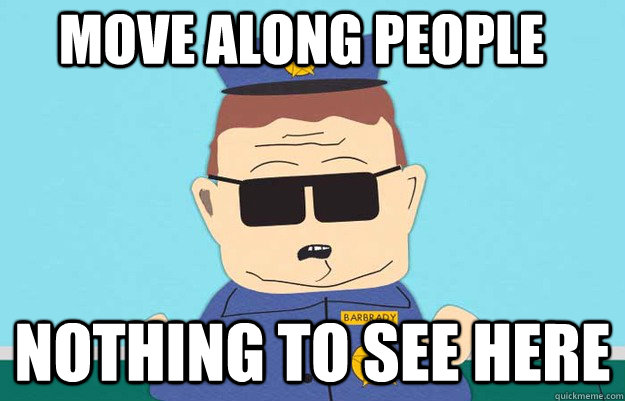 No big deal. Just your average love story: Brand meets social media platform, falls head over heels… then one day the spark is gone so the brand writes a dramatic breakup blog and emails it to a million of their closest friends. Typical breakup stuff, you know?

Actually it was kind of a mess. Everybody freaked out. We tried to keep it (mostly) civil, but… well… You know it’s bad when your breakup makes CNN:

Basically, the Internet exploded. People laughed, people cried, people yelled at us in all caps. A lot of people supported our decision to leave Facebook, but some people just got really pissed off. It seems we struck a chord with our fellow marketers out there (specifically the Uncontrollable Fiery Rage Chord). A brand without a Facebook page? How could you?! What does it even mean?! What’s going to happen?! Do you even marketing?!

Well, it’s been one month since we officially deleted our Facebook, and we have some news to share. Drumroll please. No, seriously, make a drum roll sound inside your head right now. Done? Ok. Are you sitting down? You better sit down. Alright. And the news is… Nothing happened. We repeat: nothing happened.

We closed our Facebook page, and absolutely nothing happened. The sky didn’t cave in. Hell didn’t freeze over. Tuesdays are still exclusively for Tacos. Everything is pretty much exactly the same as it was when we had a page. The only difference is now we don’t have to think about things like optimal headline length, preview image resolution, and the proper ratio of cats to cheeseburgers to maximize virality. Other than all our new found free time, not much has changed. We’re doing just fine. Thanks for asking!

In fact, not only did horrible things NOT happen to us, but we actually had some pretty cool stuff come out of the whole ordeal. We figured we’d get some “Stay strong!” and “You’re better off single!” comments and maybe one or two “Aww, bae! I’ll bring over some Chinese takeout if you want to talk.” offers. And we did. But holy moly, we didn’t expect the Internet to slather us in a tasty sea of comments, tweets, and emails.

As with any breakup, there was a lot of drama. Some people took the news harder than others. We’re talking sad like they missed the breakfast menu by a minute…AKA super sad: 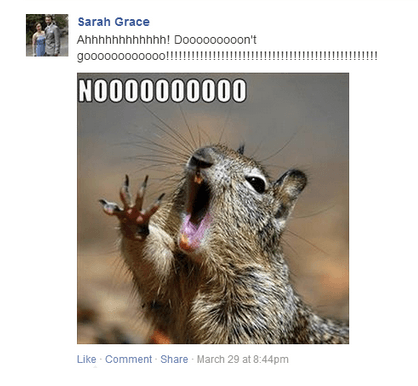 Other people played it cool and took the news in stride cuz they’re gangsta like that:

Most of our friends were really supportive of our decision to move on and thought we were better off eating chocolate everything and focusing our efforts on butt-groove art*. Thanks. You guys are too sweet.

But everything wasn’t all wine and roses and nacho cheese fondue fountains. While most people were happy for us, some people (namely our fellow marketing professionals) felt like we needed a little tough love and self-reflection… which is a nice way of saying our breakup letter made them really f***ing angry, and they took to the comment section to let us know just how angry they were about it. We read each and every one of them (because we care) and you can too if you want, but we decided to save you some time and summarize all criticisms here:

A lot of you called us cheap for not wanting to spend money to promote our page or invest in Facebook advertising. The fact is that we’re totally willing to spend money (on stuff that works). In fact, we poured $1 million into Facebook last year. No joke (Just ask Dave from Accounting, he cries about it every day).

Funny story: App installs from the week following our breakup letter totaled 1.75x more than we got from all our 2013 paid Facebook ad campaigns combined. So… if we add the breakup installs to the paid ad installs, the ROI for that $1 million Facebook budget actually looks pretty good!

Many of you were amazed by just how terrible we are at our job. If Facebook wasn’t working for us, it must be our fault. Clearly we’re doing everything all wrong. Our timing is bad, our targeting is bad, and most importantly… our content is bad and we should feel bad.

Could it be that nobody Liked our posts because they sucked? Maybe. You, our marketing buddies, had a few choice words for our content, including “ignorant” and “unprofessional”. Ouch! Well, if you hated our status updates and breakup letter, you’d REALLY hate our weekly coupon emails.

Speaking of emails… something strange happened with those too. Ever since we closed our Facebook page, our weekly email open rate went up. Like, way up. Back when we had a page, our average open rate was holding steady at around 20%. We’ve sent 4 weekly emails since the breakup and have seen a week over week increase, with the most recent one coming in at over 40% (!!!).

Not only are more people reading our emails, we’re getting more replies too. That’s right. People are actually opening, reading, and replying to a marketing email.

When is the last time you accidentally(??) unsubscribed to some company’s mass email, realized your mistake (???), then actually took the time to contact them and ask to be subscribed again(????)? For us it’s exactly never. Zero times. We barely even want to read our own stuff when we’re done writing it, and yet we get these requests all the time.

Since we deleted our Facebook, we’ve seen a huge increase in open rate, more replies, and more sign ups. If that’s content done wrong, we don’t wanna be right! Nah, we’re not here to toot our own horn. Honestly one of the main reasons we’re happy our Facebook is gone is that there’s no record of all the dumb stuff we posted there. So anyway, it could be that people are opening our emails just to laugh at how bad they are, OR… maybe when one communication channel went down, our customers found another one to take its place.

Communication with our customers was one of our major concerns prior to the breakup. Would they get confused about how to contact us if they needed a coupon, or had a question about their order, or simply wanted to know our top 4 favorite cheeses. Turns out the transition was totally a non-issue… turns out we have this incredibly convenient 24/7 Live Chat feature that lets people talk to us whenevs. In terms of social interactions, those simply shifted to Twitter, Instagram, and G+.

TL; DR: breaking up with Facebook was the best marketing move we made all year. Although we do feel bad for hurting Facebook’s feelings, causing such a stir, and dragging them through all the he said she said drama. Look, someone even made shirts about it:

The future looks bright. Now that we’re one of those brands that doesn’t advertise on Facebook, we have more money to invest in the things that really count. We’re talking more weekday coupons, expanded restaurant options, more staff, and more Eat24 swag (shirts, bags, glasses, etc) to give out to our peeps.

Added bonus? Customers can feel totally comfortable emailing us. No one has to worry about us selling their data to companies compiling lists of “target demographics”. Unlike some people we used to date.

So that’s it. Nothing much to see over here. We closed our Facebook, and nothing happened. Now allow us to get really real for a sec: We’ll never forget Facebook. We had some good times together.  All the Friending, Liking, Messaging and especially the Poking. Facebook pioneered the way toward making it OK to post photos of your food online, and we will always Like that. Facebook will always have a place in our heart, and we’re hopeful that we’ll always have a place in their stomach. Plus, who knows? Maybe one day Facebook will buy us for billions of dollars, so we definitely don’t want to burn any bridges.