Shows like Mad Men make living in the 60s look amazing. There’s unlimited booze at work, smoking on airplanes, and tons of good looking, well-dressed men and women to have affairs with. And while all that is keen and “cool beans,” what isn’t “neat daddy-o” is the junk that passed for food back then.

We’re glad that we live in a world where tacos are on demand, you’re never a Wi-Fi connection away from hot pizza, and you can get sushi from your mobile device.

Just in case you weren’t convinced take a look at these 13 ads that prove that food now was way better than food then.

13. Desserts Were Made Out of Prunes, Raisins and Salad. 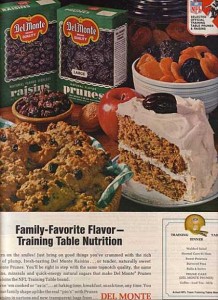 You take a bite and you slowly realize that’s not a chocolate chip, but a raisin. Your world is destroyed. 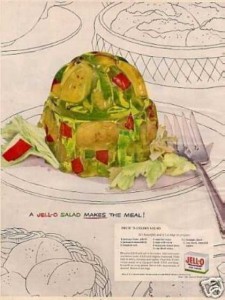 You might hate Aunt Martha’s Jell-O Ambrosia, but that’s nothing compared to the crazy person who brings a Jell-O mold filled with salad. 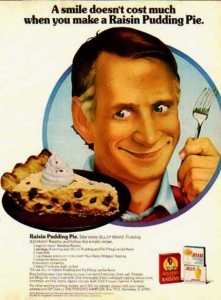 Warning, eating too many raisins has extremely creepy results. 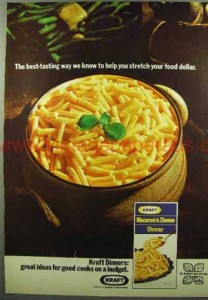 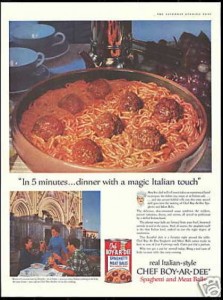 It doesn’t matter how elegant your dinner plate is or what you garnish it with, that’s still food for five year olds.

11. It Was Hard to Tell What Was Dog Food and What Was Human Food 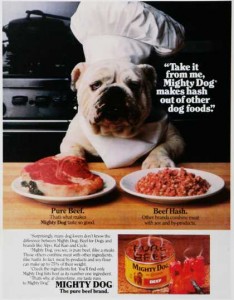 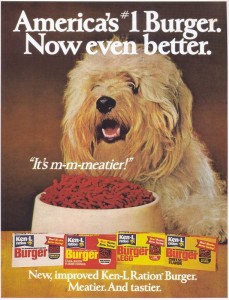 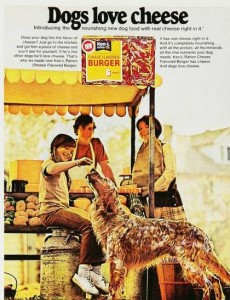 You know what’s great about the name Kibble N’ Bits? The word kibble eliminates any chance of us wanting to eat it. If you name your dog food burger, there’s a pretty good chance, we will attempt to slap it on a grill with some pepper jack.

9. People Did Crazy Things to Pizza 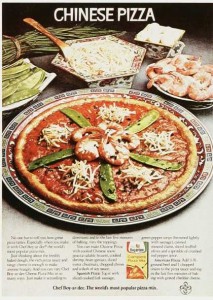 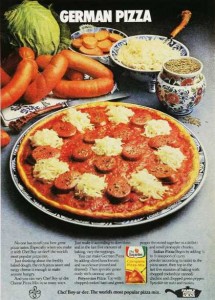 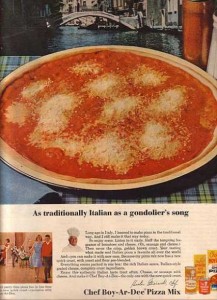 “Hey honey, what kinda pizza are you making tonight?”

“What a doll you are. Now let’s go share a malted and sleep in separate beds.” 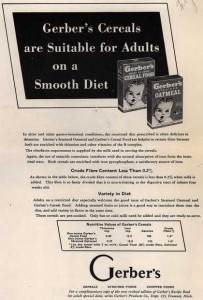 We like soft foods as much as the next person, but when it comes to a choice between a steak and strained squash, we’re going meat every time.

7. Mascots Were Incredibly Creepy (And A Little Pushy)

When people think of advertising mascots from this era they think of classic friendly creatures like Charlie the Tuna and Snap, Crackle, and Pop. You never hear about these nightmarish creatures. 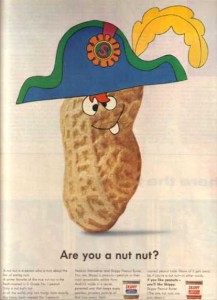 Before people embraced peanuts wearing monocles and top hats, they had this psychopathic ginger peanut to deal with. 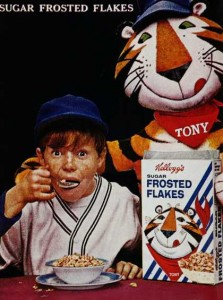 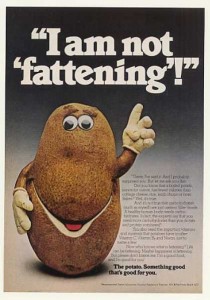 We were told to never listen to things that grow in dirt. 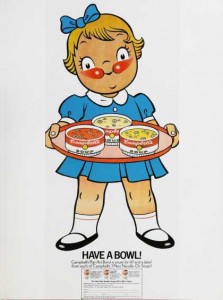 How about this rosy cheeked panic attack?

Rolo the kid was really mean to anyone who didn’t approve of caramel. 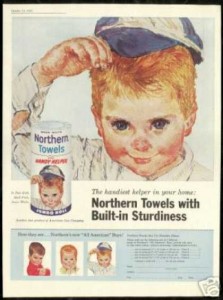 And finally, please use Northern Towels. Before he hurts Mommy again.

6. Kids were encouraged to be “husky” 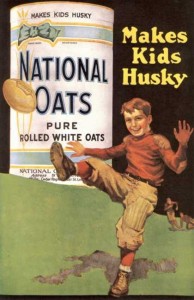 I’m pretty sure we once called someone husky, and said person slapped us across said faces. 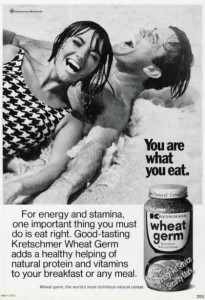 When you think of trendy food today you might think coconut water, quinoa, and kale. But back in the day, the hottest and hippest people ate… wheat germ?

4. Mayonnaise was used for everything including desserts 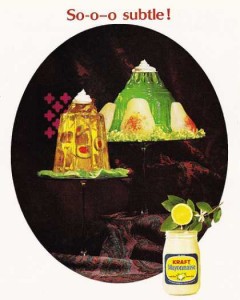 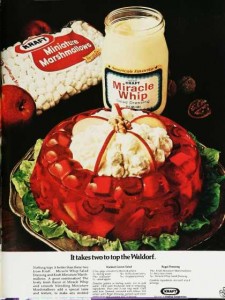 Not so subtle. So-o-o disgusting.

3. They had food from the future, but it was wack. 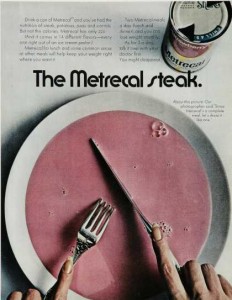 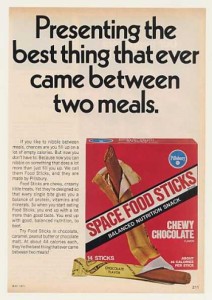 We’re big supporters of Space food, but until it looks actually edible, we’ll stick with out take-out and microwave bacon.

2. Kids Didn’t Have Candy; They Had Yams Sponsored By Rodents 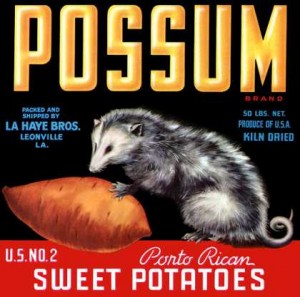 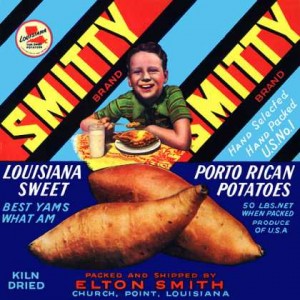 1. People fell in love with syrup 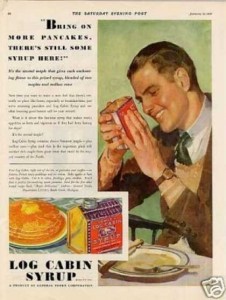 … But At Least They Had An Appreciation For Bacon 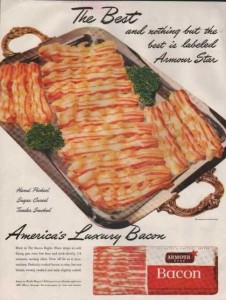